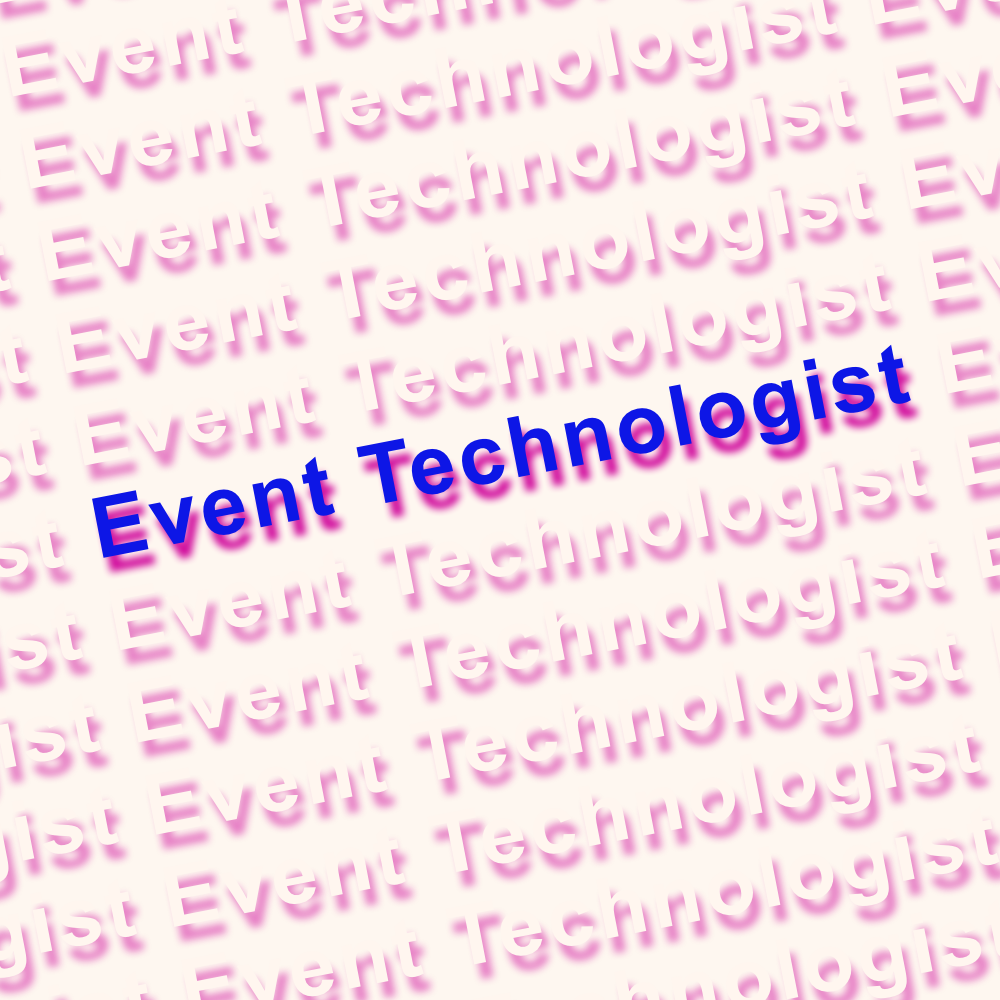 How would you describe the role of an event technologist before the pivot and now?

I think before the pivot, technologists were highly valued, but maybe not as much in demand. I think there are a lot of DIY platforms out there, which allowed many planners and organizations to create a “good enough” experience, but they weren’t necessarily utilizing the solutions to their full potential. So they kind of “got by” with maybe inexperienced people, who did not have the training to run those platforms.

But those teams that had engaged and experienced event technologists appreciated the benefits of having one on the team. So now with this pivot, I think that it’s really become almost a necessity to have an event technologist involved because digital is going to play what I think is going to be a permanent role in any event.

Beyond the pivot, event technologists are going to continue to be important. Even when we get to hybrid, you’re always going to need a digital element to reach that audience that just can’t make it there, whether they are quarantined or travel restricted. Digital technology is therefore no longer going to be a luxury, but a necessity.

What measures of success do you have? How do you know you have done a good job?

Well, I think, first and foremost, it’s creating expectations really at the front that include quantifiable metrics on engagement. Besides things going well from a tool standpoint, the fact that people got into the solution is a great indicator. Having engaged attendees and exceeding the metrics set at the beginning of the project, as well as delivering data that’s useful to that event planner and to that organization.

Having all of this happen also affirms the value of the tech and the job that we did.

What is the hardest part of your job as an event technologist?

I’d say that before, there were two main things: data wrangling (i.e. making sense out of data that’s often delivered in many different ways, on many different platforms), and positioning the event technologist role further upstream in the planning process (something that has always been a challenge and difficult to do). Because, ultimately, we want to give the event planner better tools to work with and to be able to help them set those metrics upfront.

I think previously there hasn’t necessarily always been an openness to bring the event technologist role into the earlier planning stages. I think the technology has often been kind of a means to an end, as opposed to a critical part of that function, and I think that will change. Now, I think we’ll have planners that see the value and will bring us further up in that planning process and maybe that will be an opportunity to set expectations on how to deliver that data. So, hopefully, I will not have to wrangle as much of that data after-the-fact, and it can be in the proper format up front.

How do you stay up-to-date on the latest trends? Particularly right now?

Oh, there’s so much. It’s like the wild wild west all over again. What I’ve found works is, I devote a part of my day to research right now. Because there is just so much out there. A good deal of my time is spent watching demos of new platforms that have made pivots. I don’t only do this for myself, but also in order to be ready for when clients are approaching me.

And finally, what advice do you have for people as they pivot to digital?

First, as an event organizer, don’t assume that you can just replicate your physical or in-person event. I read a story the other day about one person listening to presentations for eight hours. Don’t be that person. You can’t do that. Right now is a perfect opportunity to make events more engaging and reach more people, to make it more exciting.

Secondly, make sure to set goals and metrics, because digital allows you to measure pretty much everything about the experience. So take advantage of that, and learn more about your audience and about how you can do things better in the future.

That is it for this installment of the event technologist, thank you to my guest Eric Kingstad. And keep an eye open for more interviews with leading technologists.